Accomplished technology executive and former SAP leader, Melissa Di Donato, has been named chief executive officer of SUSE® in a move that will herald the next phase of growth and momentum for the world’s largest independent open source software company. 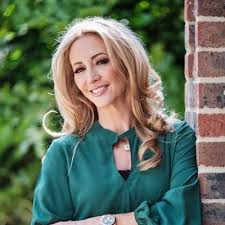 Accomplished technology executive and former SAP leader, Melissa Di Donato, has been named chief executive officer of SUSE® in a move that will herald the next phase of growth and momentum for the world’s largest independent open source software company.

Di Donato has a proven track record in sales, business operations and leadership focused on high growth and transformation. Prior to SUSE, Di Donato was chief operating officer and chief revenue officer at SAP where she was responsible for the worldwide revenue, profit and customer satisfaction of the company’s digital core solutions. She also held senior executive positions at Salesforce and was recognized for her contributions to growing global organizations by winning the 2018 Digital Masters Award for Excellence in Commercial Management.

END_OF_DOCUMENT_TOKEN_TO_BE_REPLACED

HONG KONG — When Jack Ma and Pony Ma shared a stage at the 2010 IT Leaders Summit in Shenzhen, the two hugely influential Chinese technology tycoons were asked what they thought of the still-nascent field of cloud computing. The men, who are not related, gave starkly different answers.

Jack, who built Alibaba Group Holding, called the cloud a lifesaver for the future of his e-commerce conglomerate. “If we don’t do this, we will die,” he said. Pony, the chief of online entertainment giant Tencent Holdings, conceded that businesses might someday want to run their operations on third-party servers but argued it “would take centuries, if not a thousand years…to materialize.”

“It is simply too early” to explore the opportunity, he said.

END_OF_DOCUMENT_TOKEN_TO_BE_REPLACED

IBM and Red Hat have inked the deal. IBM is acquiring Red Hat for approximately $34 billion in order to become the number one hybrid cloud provider in the world.

Red Hat, the first billion dollar open source company is one of the strongest players in the containers and the cloud game. IBM has been lagging behind the likes of Microsoft and Google in the trillion dollar cloud market. So to strengthen their position in this field, IBM is acquiring Red Hat.

IBM will acquire all of the issued and outstanding common shares of Red Hat for $190.00 per share in cash, which is approximately $34 billion.

END_OF_DOCUMENT_TOKEN_TO_BE_REPLACED

OnApp cloud management software powers cloud services for hosting companies, MSPs and Telcos in 93 countries. OnApp’s green initiative includes a new energy rating scheme for these OnApp cloud providers; a commitment to pay the carbon offset cost for all cloud compute infrastructure managed using OnApp software; and an upcoming grant scheme that will enable environment-oriented start-ups to apply for funding to help bring their ideas to fruition. More details are available at https://onapp.com/green.

END_OF_DOCUMENT_TOKEN_TO_BE_REPLACED

Facebook’s controversial factchecking program is partnering with the Daily Caller, a rightwing website that has pushed misinformation and is known for pro-Trump content.

The social network said Wednesday it had added CheckYourFact.com, which is part of the Daily Caller, as one of its US media partners in an initiative that has faced growing backlash from journalists and internal problems. The collaboration was first reported by Axios.

Factcheckers in the program are tasked with debunking potential false stories on Facebook to help stop their spread, but some journalists have said the effort hasn’t been effective, and one of its major American partners, Snopes.com, cut ties earlier this year.

END_OF_DOCUMENT_TOKEN_TO_BE_REPLACED

Julian Assange faces extradition from the UK to the United States after he was arrested and forcibly removed from the Ecuadorian embassy in London almost seven years after he sought refuge there.

The WikiLeaks founder was brought before Westminster Magistrates’ Court this afternoon where he was found guilty of breaching bail conditions in 2012.