Of the top five database vendors by revenue, four are also cloud service providers — Oracle, Microsoft, AWS, and IBM. The future of DBMS is in the cloud.

The days of deploying on-premises databases appear to be in the rearview mirror, or rapidly heading there. Microsoft and Amazon Web Services account for 75.5% of the market growth.

If you are a startup company looking to implement a new database, chances are you aren’t going to license the software and install it on the server in your office. No, you will look at what AWS or Microsoft Azure has to offer, or maybe you will look at Salesforce.com if you are looking for a CRM platform system. 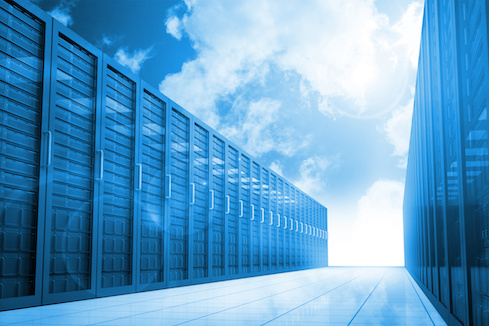 That’s what seems to have happened to companies like Cloudera and MapR that pioneered Hadoop implementations. A lot of that big data went into the cloud instead.

But it’s not just startups anymore that are looking to put their data to the cloud.

While small and midsized organizations will move more quickly to the cloud, enterprises will also move there, too, but over a number of years, according to a new report from Gartner, The Future of the DBMS Market is Cloud.

These systems are increasingly headed to the cloud, and by 2022, 75% of all databases will be deployed or migrated to a cloud platform, the report said.

“According to inquiries with Gartner clients, organizations are developing and deploying new applications in the cloud and moving existing assets at an increasing rate, and we believe this will continue to increase,” said Gartner distinguished research VP Donald Feinberg, who is also one of the authors of the report. “We also believe this begins with systems for data management solutions for analytics use cases such as data warehousing, data lakes, and other use cases where data is used for analytics, artificial intelligence, and machine learning.”

Operational systems are also moving to the cloud, Feinberg added, especially with the conversion to the SaaS application model.

The motivation behind cyberattacks is becoming more varied, with disinformation and disruption joining the regulars: data theft, extortion, and vandalism

Enterprises will need to move to the cloud to remain competitive, according to Gartner. That’s because the innovations will happen there first. Vendors are planning for a cloud future and putting their new development in the cloud only or in the cloud first.

For enterprises not ready to make the jump, the good news is that this will be a process. It won’t be a sudden switch. There’s a path that will ease the transition.

“Certainly, some of this innovation will be made available on-premises, albeit at a decreasing rate, and its delivery will lag behind cloud delivery,” Gartner said in the report. “Also, initially there will be an increasing use of private cloud implementations — where cloud DBMS services are made available on-premises in a fully managed environment by the cloud provider. However, we expect this to be transitional in the long run.”

In return, enterprise organizations can expect a wider variety of database management systems with greater flexibility. Deployment will be cost effective because of greater flexibility and more rapid configuration of infrastructure. You can also expect consumption-based pricing. This will eliminate big capital expenditures, but organizations will need to plan for the move from capex to operational expenditures in their tech budgets.

While much of the database management system work will move to the cloud, Gartner said there are some scenarios where some on-premises databases make sense, for instance, as a legacy/system of record.