It is acronym Monday as WCF and WF get OSS projects 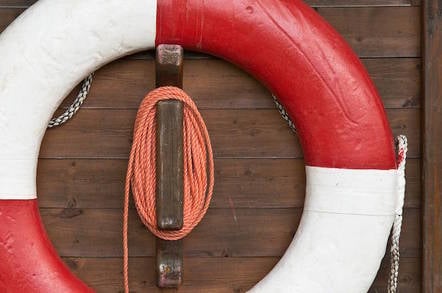 Microsoft has reiterated its position that “if it ain’t Core you should code with it no more” by distributing a list of what is in and out of its open-source take on .NET.

The company’s Build event last month had seen the gang tell eager attendees that once WinForms, WPC and Entity Framework 6 had made their way into .NET Core 3.0, the door would be slammed on further refugees from the .NET Framework.

So if you’re using ASP.NET Forms, Windows Communication Framework (WCF), Windows Workflow and .NET Remoting, then congratulations! You are officially legacy and the Windows giant would really like you to move on to something shiny and .NET Core-related for new stuff.

The team pointed to the likes of ASP.NET Blazor as a bit like ASP.NET Web Forms (but as a single page app rather than a full-on website).

However, if you are wedded to the .NET Framework – just like Microsoft – then the recommendation remains to leave those where they are, and perhaps consider shoving them in containers. Although doing the latter rather than re-engineering could be regarded as applying lipstick to a platform that has become distinctly porcine in recent years.

continue reading at the register